Strongmen across the globe are ascending to the position of president or prime minister. Sexist and racist rhetoric is part of their brand, which followers find authentic and even unifying. Male political leaders who use swaggering masculinity to cultivate support express the growing global backlash to diversity, inclusion, and multiculturalism. When powerful men use their platforms to abuse women, they send the message that abuse is okay. It also makes abusing women an integral part of a right-wing agenda.

Boris Johnson, the Prime Minister of the United Kingdom, has an impressive track record of demeaning women. He has called women Members of Parliament (MPs) by their husband’s names and described women journalists and athletes in terms of their bodies – he once described female volleyball players “glistening wet otters”, for instance.

Across the Atlantic, US President Donald Trump uses adjectives like “fat” and “ugly” to demean women who have spoken out against him. He rallies crowds to chant “lock her up” in reference to his former rival, Democratic presidential candidate Hillary Clinton. Brazilian president Jair Bolsonaro once told a congresswoman she was not “worth” raping, saying that she “didn’t deserve it”. 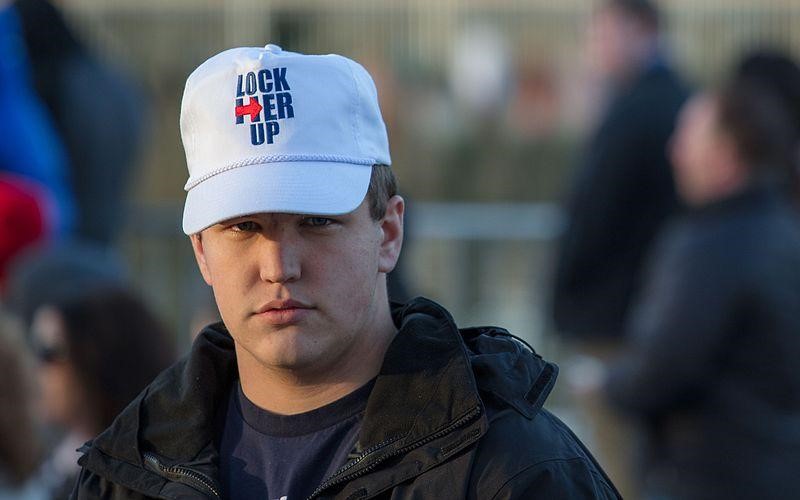 These leaders often reserve their most vitriolic comments for women of colour – attacks that often merge gender and race. Trump told four women Members of Congress – all of whom criticised his policies and his person – to “go back and help fix the totally broken and crime infested places from which they came”. Three of them were born in the United States, while the fourth – Somali refugee Ilhan Omar – was painted by Trump and other critics as a Jew-hater. Similarly, Johnson has spouted racialised descriptions of Muslim women, variously portraying them as objects and criminals.

These incidents are not isolated. When powerful men deliver abuse, the attacks receive media coverage. But many women with public profiles – from activists to athletes – receive hateful messages daily. The senders are not usually powerful men, but everyday people.

A study examining 152 leading British women in politics, business, entertainment, the media, and sports estimated that each received about 200 sexually-explicit tweets a day. In another study of nearly 600 women journalists, 63 percent reported being threatened and harassed on-line and 26 percent reported physical assaults. Amnesty International documents various quantitative and qualitative studies, all demonstrating that high-profile women on Twitter endure significant levels of abuse.

Abusive language is a form of violence against women. Much of it may happen online, but virtual harms cause actual damage. Hateful messages and death threats cause stress and trauma. Victims experience diminished self-esteem and an inability to focus and to complete their work. They fear for their safety and for their family’s safety, and they face disruption to their routines caused as a result of increased security. Many leave Twitter. In Britain, female MPs received such profane attacks that they received police protection.

But this language affects many more than just the immediate victims: it also tells the larger audience of women and girls to stay out of public life. Mona Lena Krook and Juliana Restrepo Sanín call these “message crimes.” Whether world leaders or everyday jerks, abusers want women in public life to shut up and go away.

Since abusive language aims to diminish women’s influence over politics, policy, and the public debate, these attacks are forms of political violence. In my research with Elin Bjarnegård and Gabrielle Bardall, we argue that political violence is gendered in three ways: in its motive, in its form, and in its impact. The abusive language aimed at women in public life has all three elements.

In terms of motive, attackers are driven by hate towards women in public, not hate towards public figures irrespective of gender. The rates at which women and men endure abuse are simply not the same: visible women receive disproportionate amounts of abuse when compared to visible men. In terms of form, attackers use gendered language, including threats of sexual harm and sexual assault.

In terms of impact, the victims extend beyond the women targeted. They signal to other women and girls the costs of a public profile. And women and girls have received this message. A respected U.S. survey firm found that 70 percent of women, and 83 percent of young women, identified online harassment as a major problem, compared to just 54 percent of men and 55 percent of young men. Indeed, programs that train women candidates now include lessons that prepare women to handle abuse. Their tips include immediately reporting the abuse to authorities, using humour to diffuse the situation, and writing op-eds to call attention to the problem.

Documenting and denouncing abusive language have not stemmed the attacks against publicly-visible women. The anonymity of online platforms combined with social media companies’ commitment to free speech means that attackers behave with impunity. Abusers even become leaders of powerful countries.

The vicious and sexist abuse of women in public life has become so normalised that solutions focus not on holding perpetrators accountable, but on helping women cope. In the candidate training program, women politicians are told to be brave. A British MP, herself standing down because of online abuse, recommended that women MPs create circles of support.

The women and girls of the world deserve better solutions. When the #MeToo movement brought down prominent men like Harvey Weinstein, the effects reverberated across the globe. Sexual harassment suddenly bore real consequences, even for powerful men. Likewise, voters must reject male political leaders who bully those weaker than them, especially women and racial and ethnic minorities. In the current political climate, protecting women from abuse cannot be divorced from resisting the right-wing forces that reject diversity and inclusion more broadly.

Jennifer M. Piscopo (@Jennpiscopo) is an Associate Professor of Politics at Occidental College in Los Angeles, California. Her research on women’s political participation and representation has appeared in over 15 academic journals. With Susan Franceschet and Mona Lena Krook, she co-edited The Impact of Gender Quotas (Oxford University Press, 2012). An international speaker and consultant, she has collaborated with international organizations such as UN Women, the Inter-Parliamentary Union, and the Carter Center. Her op-eds have appeared in The Washington Post, The New York Times, and The Los Angeles Times, among other outlets.