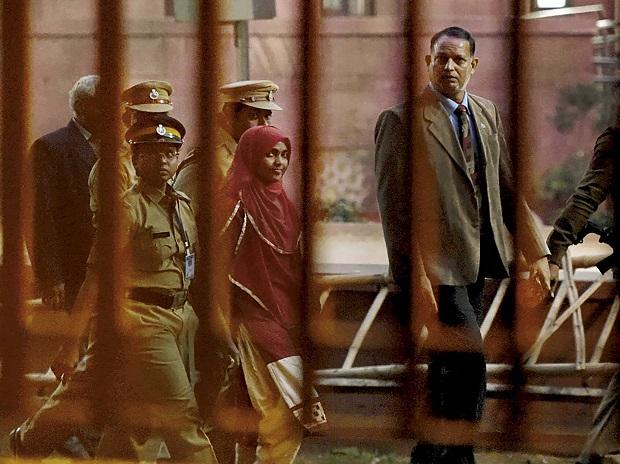 (To Waris Shah, I say unto today!

Speak up from your grave!

And in the book of love turn the next leaf,

Once, when a daughter of Punjab cried,

You filled pages with songs of lamentation

Today a million daughters are wailing

and beseeching you O Waris Shah!

O symapathiser of the heartbroken, arise and see your Punjab

On 15th August 2021 India celebrated 75 years of political independence from colonial rule but to this day the joy of freedom is marred by the tragedy of partition  (August 1947) which was presented as a fait accompli to gaining the long awaited sovereignty. The partition of India was the division of the subcontinent into two independent dominions, India and Pakistan based on religious differences. This led to one of the worst refugee crises in history, resulting in about two million deaths and an estimated 20 million people displaced along communal lines. The excerpt above from Punjabi poet Amrita Pritam’s elegy “Aaj Aakhaan Waris Shah Nu” reflects on that fateful decision which resulted in en masse displacement and gendered violence in both grotesque and insidious ways. The poem is addressed to an acclaimed Punjabi Sufi poet of the 18th century Waris Shah, and asks him to arise from his grave and bear witness to the pain of partition by adding another chapter in his book of love (written a century ago). Shah was well known for his tragic love story Heer Ranjha which symbolises eternal love and separation. Pritam’s poem recalls how Shah penned an entire saga when one daughter (Heer) cried about her misery to him, but now he needs to rise up to the occasion when a million daughters are grieving and river Chenab is overflowing with blood.

In March 1947 communal riots and the ensuing violence resulted in mass scale abduction, rape and forcible conversion of women from both communities. In September, the leaders and representatives of the government of India and Pakistan met and resolved to restore abducted persons to their original homes. Soon an Inter-Dominion Conference was held at Lahore where the two countries agreed upon a joint exercise which resulted in the ‘Abducted Persons Recovery and Restoration Act 1949’. Mridula Sarabhai, who was a frontrunner social worker in the recovery program, estimated that about 1,25,000 (0.12 million) women were missing on both sides of the border (Balakrishnan 2011). Though the Act was to remain in force for a year or so, the recoveries continued for almost a decade. The full extent of abductions remains a matter of debate. While on the one hand the forcible abduction and conversion had caused outrage and rancour; on the other the process of recovery had opened a Pandora’s Box. Many women were either pregnant or had children with their abductors and were not sure if they wanted to return or would be accepted by their families. Hence they neither had a choice in their abduction nor a say in the recovery program as both decisions were made outside their consent.

The stories of the women as victims or men as aggressors usually come from oral testimonies narrated by family members, neighbours, social workers, leaders, administrators or reports circulated through newspapers. Other heartrending accounts come from fictional representations which brought out the dilemmas associated with partition. Jyotirmoyee Devi’s ‘Epar Ganga, Opar Ganga’, Jamila Hashmi’s ‘Exile’, Rajinder Singh Bedi’s ‘Lajwanti’, Manto’s ‘Khol do’, ‘Thanda Gosht’, ‘Khuda ki Qasam’, and many other literary works brought out the predicament and effects of violence on both the victims and the aggressors.

It has been observed that antagonism based on religious differences before and since 1947 seem to exacerbate and not wane with time. With each incidence of new hostility between Hindus and Muslims, the ghost of the past is resurrected and traced to the communal riots of partition and beyond. While some fiction writers have written cathartically about the event, creative writing along with newspaper reports and political propaganda through pamphlets can also be seen as a means to produce and reproduce stereotypes both historically and in contemporary times.

Historian Charu Gupta (2009) has emphasized the deeper historical roots to stories and beliefs that the abduction and conversion of Hindu women is a characteristic Muslim activity. She draws from diverse sources to show how a communal narrative was constructed during the public campaigns of the Shuddhi Movement in Uttar Pradesh in the 1920s. In colonial Bengal as well, the privileges associated with majority-minority status acquired communal overtones where a prejudiced portrayal of lascivious Muslim men was publicised post the 1919 Montford Reforms, which introduced self-governing institutions. P K Datta (2010) ascertains that abduction as a phenomenon and a narrative  allowed powerful binaries of antagonism and desire, permissibility and repudiation to thrive, which have left enduring legacies.

One such legacy can be seen in the hostility and jeopardy regarding consensual inter-faith marriages in India. Seven decades on from partition-era abductions, the Hindu and Muslim communities continue to be suspicious of each other and the so-called ‘Love Jihad’ (war on love) forbids interfaith marriages. There is a belief that Muslim men feign love and use seduction, deception and kidnapping as a means to convince, coerce, convert and marry Hindu women. The consent or elopement of women in such cases is disregarded because it transgresses prescriptive norms. In 2018, the Supreme Court of India restored the marriage of Hadiya and Shafin Jahan which had been annulled by Kerala High court on the plea of the girl’s parents who believed that she had been influenced and forcibly converted to Islam. The couple had to undergo 15 month long legal battle to win their conjugal rights. In another state, for instance Dakshina Karnataka, the Hindu Janajagriti Samiti (Hindu People’s Awakening Organisation) claimed that 30,000 young women had been duped by ‘Love Romeos’ (Rao 2011).

There is constant anxiety about development of amorous relationships particularly between men hailing from the Muslim community and women belonging to the Hindu community. Hence most of the cases are either fought in courts or end up in honour killing. Whether it was 1947 or it is 2021, the honour of the Hindu family, community and nation is inextricably linked with a woman’s body and any amatory desires towards Muslim men is considered illicit or a challenge to social norms which is neither forgiven nor forgotten.

Das Veena (2007) Life and Words: Violence and the Descent into the Ordinary, (UCLA Berkeley)

Bio: Dr Rachna Mehra is Assistant Professor in the Urban Studies Program (SGA), Dr. B. R Ambedkar University Delhi. She completed her PhD in history from JNU and her research interests include partition studies and urban history of small towns and cities. https://aud-in.academia.edu/RachnaMehra